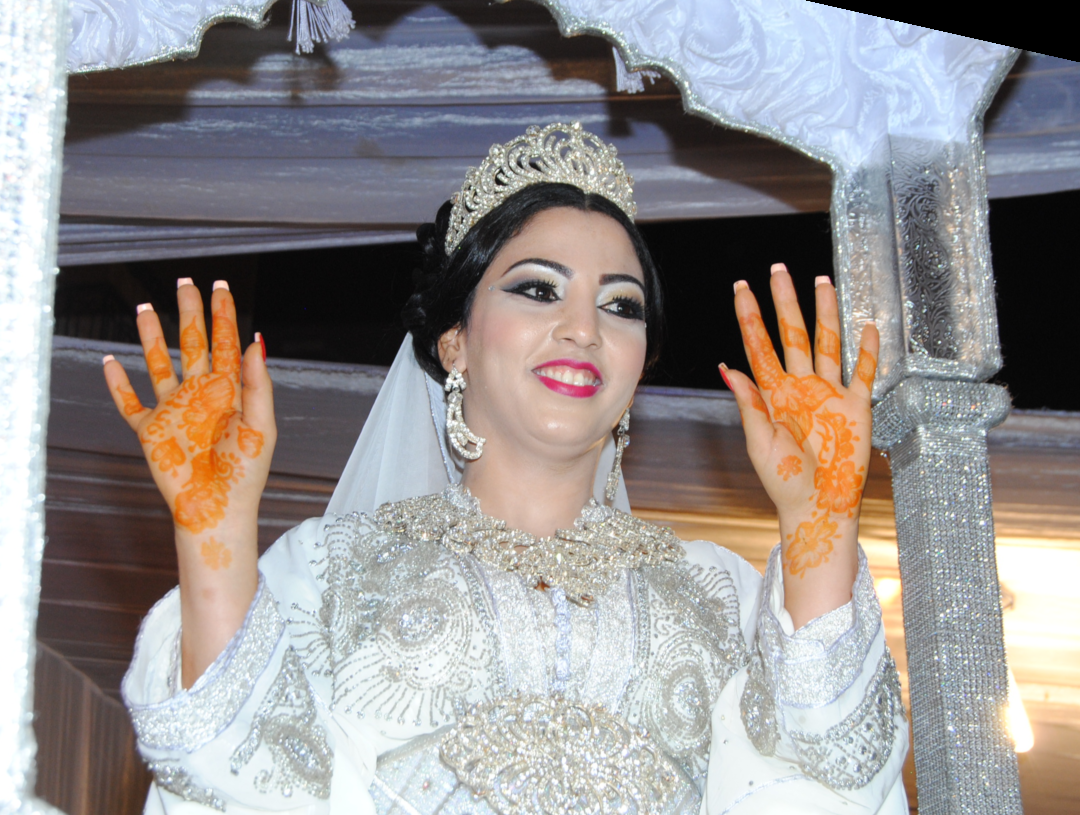 Henna, before there was tattoo stickers!

Henna refers to the art of skin painting that lasts a few days.

The word Henna comes from the name of a plant that is dried, ground into a powder, then mixed with water to make a paste. The paste is applied to the skin using a thin wood stick or a syringe. After drawing artistic patterns on the skin, Henna is let to dry, then it is washed away with water. Henna leaves a yellowish color on the skin.

In Morocco, wedding celebrations can last several days. Henna ceremony takes one of them: Henna day. 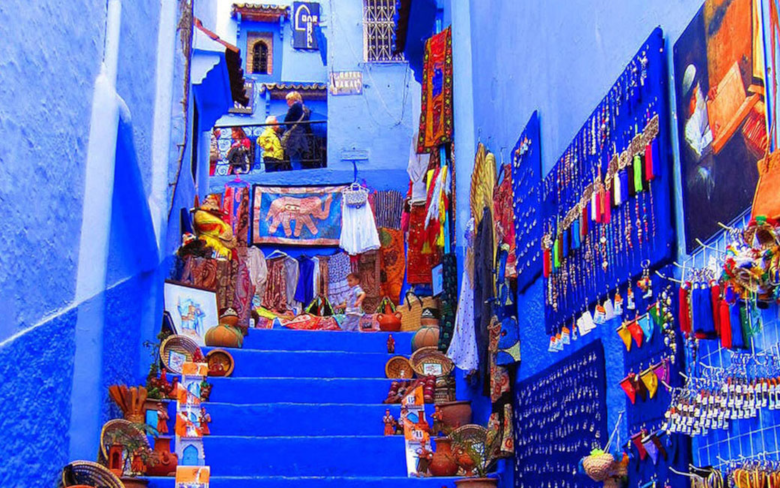 Getting lost is never a fun experience, unless you are visiting an old medina in Morocco.

Medina simply means city. Within nearly every Moroccan city, the oldest part was built before cars. The streets are narrow, houses, shops and all life happens within a tight community. So, obviously tourists tend to get lost. But instead of getting frustrated, they simply enjoy it and keep shopping.

Medinas preserve their style to give visitors a flavor from the past. In fact, several of the medinas, like the ones in Fez and Marrakesh, are considered a world heritage by the UNESCO. 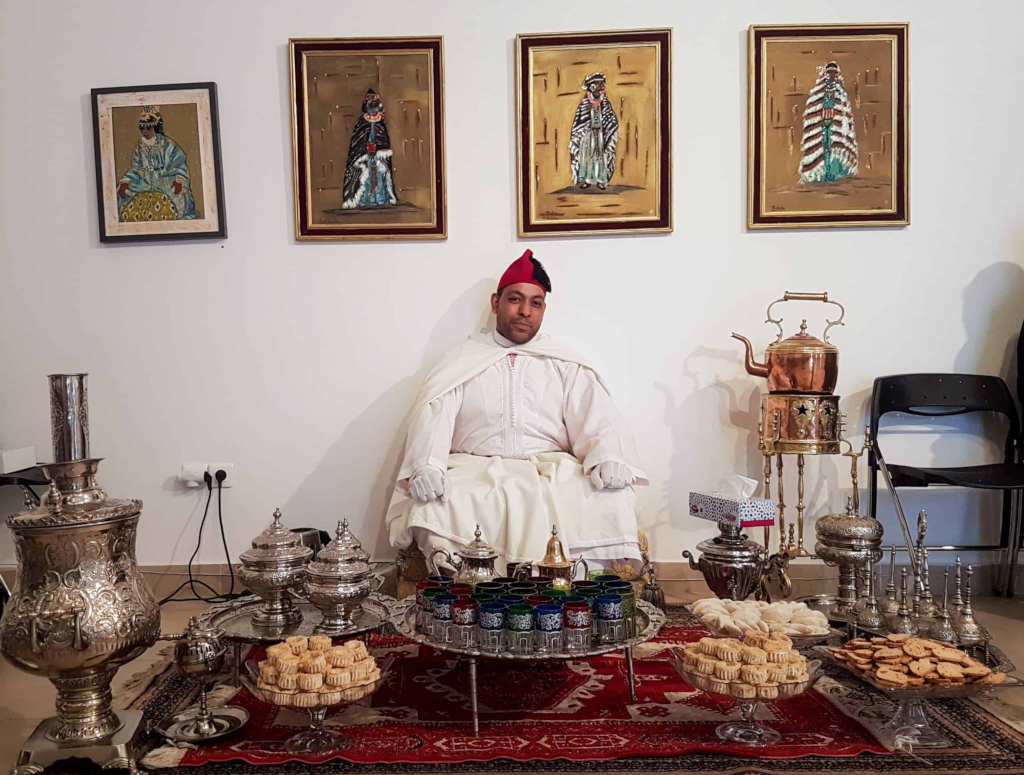 When you are in Morocco, you drink Atai throughout the day. This tradition is several hundred years old. It started when shipping lines opened between China and the west. Today, Morocco is the biggest single importer of tea from China.

Moroccans took green tea and mixed it with locally grown mints and other herbs, such as verbena, and sweetened it with sugar.

Atai started as a drink for royalty and was served only in the king's castles. Teapots and trays are made of silver, and glasses have golden rims. Atai is served in an official ceremonial way. Atai rapidly infiltrated every level of the Moroccan society. And today,  whether you are at home, at a restaurant or a cafe, that ceremonial way seems to have carried over. 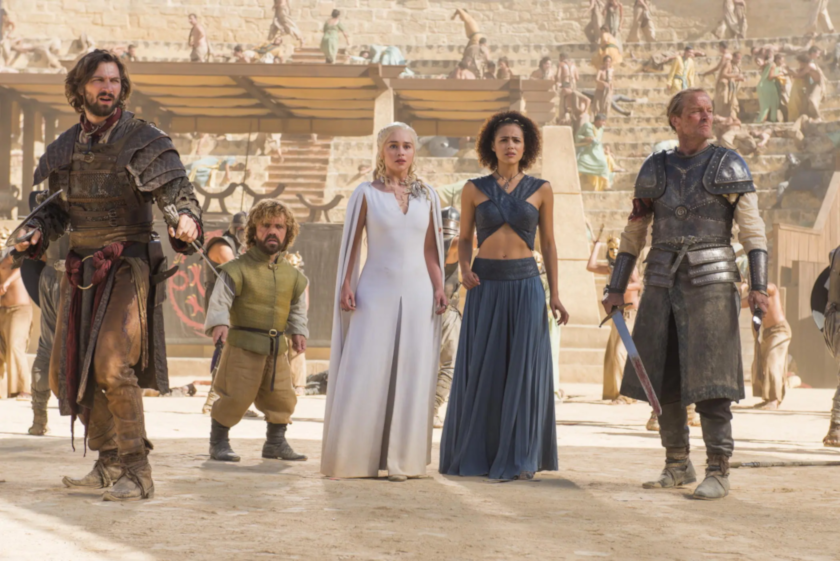 Let's go to the movies, a shortcut to Morocco

If you have watched movies, you have probably seen quite a bit of Moroccan scenery.

Morocco, because of its climate and the diversity of its landscape, has been a perfect location to film numerous movies. In particular at the city of Ouarzazate. It has hosted many sets of famous movies. The sets are still open to visitors. 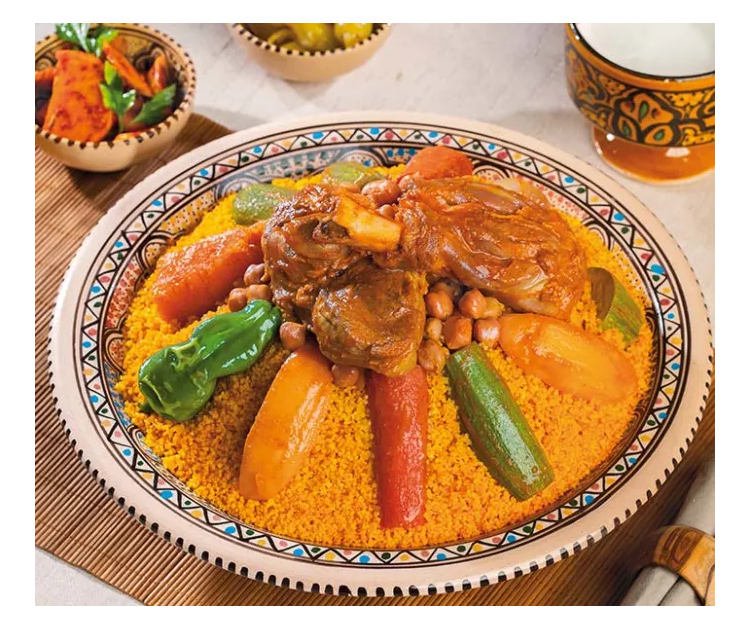 It's Friday, let's have some Couscous /ˈkusˌkus/

In Morocco, it's a tradition to have a dish called Couscous for lunch on Fridays.

The basic recipe of Couscous has steamed semolina served with a stew of vegetables and meat.  Depending on the variety of meats and vegetables the same recipe can give dishes that are quite different, changing by region, preference of local spices and even by season. 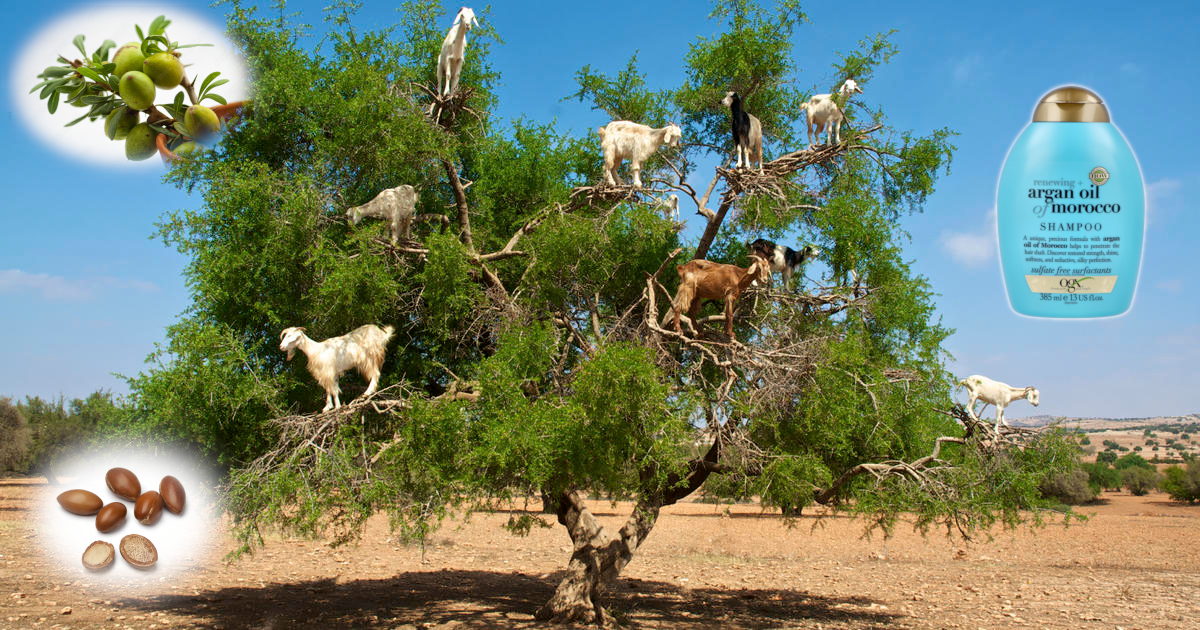 Can you think of something common to goats and shampoo?

You may say that goats use shampoo to wash their hair. Maybe... but the correct answer is: Argan tree. Argan trees grow exclusively in Morocco.

The Argan tree lives up to 200 years and grows to about 30 ft. Most importantly, Argan trees make a fruit which goats find extremely delicious. So, they climb on top of the tree to eat both leaves and fruits. Inside the fruit, there is a nut. The nuts are harvested ground and pressed to produce an oil, Argan oil. The oil is used in many products, including medical and beauty products, and... shampoo.  The Argan tree has its own day, May 10, for celebrating it. 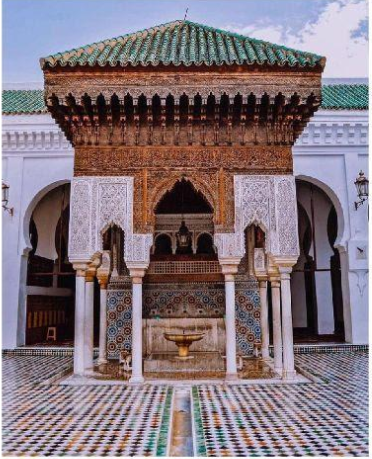 The picture above shows the façade of a building. What's behind that façade, anyway?

It is a school. Not just any school! In 859, a woman, Fatima al-Fihri, started this school. It is recognized as the oldest university in the world. Its name is Al-Qarawiyyin, and it is located in the city of Fez, Morocco.

Youtube Video that shows the interior of the building:  https://www.youtube.com/watch?v=OeDeJeCcuLc

On the July 4, 1776, the congress (of what was then the thirteen colonies) declared independence from Britain. USA needed recognition from other countries in order to establish its own relations.Now, here is a quiz question: which foreign country was the first one that recognized USA  independence? If you answered: the Kingdom of Morocco, then you are correct!On December 20, 1777, the Kingdom of Morocco became the first country in the world to recognize United States' independence. A treaty was signed between both countries in 1786 and remains the longest unbroken treaty in the USA history.Wikipedia Page, for more information:  https://en.wikipedia.org/wiki/Morocco%E2%80%93United_States_relations

This year we brought the cultural studies program into your kitchen with a CULINARY WORLD TOUR.  Parents and kids can try cooking recipes from around the world at home, on their own time.  Each month we added a new country (sometimes more!) that includes a recipe, a video and a handout with fun information about the host country.  The recipes and videos come from our very own Cornerstone families.